hello neighbor 2, which will be a sequel to Hello Neighbor, a viral stealth horror game from 2017 finally has a confirmed release date. Find out the Hello Neighbor 2 release date, pre-order, price, how to access the beta, what to expect, and more.

the hello neighbor Franchise fans have been waiting for a sequel for almost five years now, and developer TinyBuild has launched several spin-offs known as Hello neighbor: hide and seek, secret neighbor, and Hello Engineer.

However, a direct sequel was long overdue given the highly addictive prequel. Finally, it launches in 2022 with a confirmed release date. Players can also take part in the Hello Neighbor 2 beta to find out what the upcoming game will reveal. 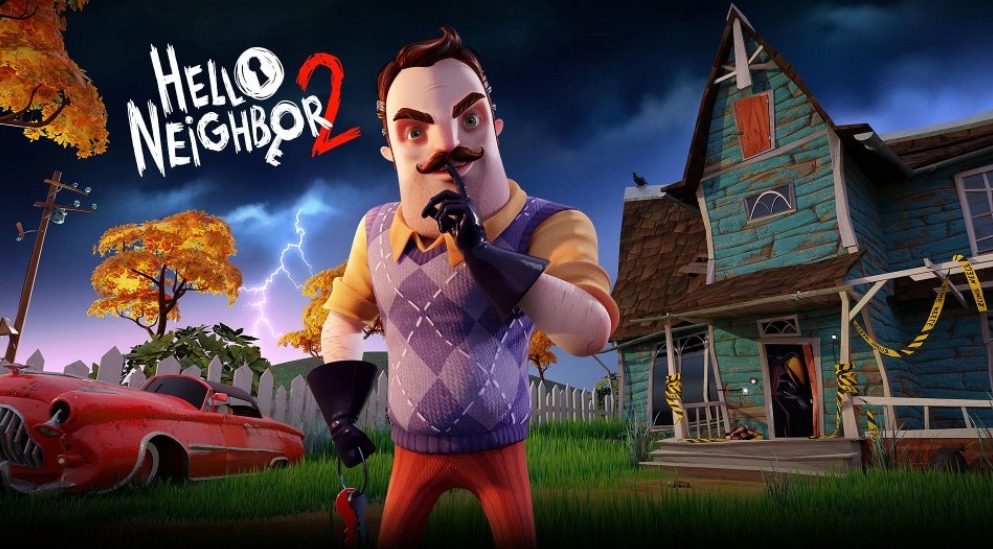 Hello Neighbor 2 will be available on PC, PS4, PS5, Xbox One, and Xbox series X|S. It’s great that TinyBuilds is releasing the game for both last-gen and current-gen consoles.

When do pre-orders for Hello Neighbor 2 start?

It’s time to shed light on the mystery of Raven Brooks!
Hello Neighbor 2 pre-orders are NOW AVAILABLE! Get instant access to the beta with your pre-order!🗝️

You can pre-order the game from the following sources depending on the platform you are using:

Pre-ordering the game comes with some perks and benefits which we have explained below.

How do I get early access to Hello Neighbor 2 Beta?

You can get access to Hello Neighbor 2 Beta simply by pre-ordering any edition of the game. The game is available in Standard and Deluxe editions, and both will allow you to enjoy the beta version of the game.

The Deluxe Edition of the game also includes full early access to the game along with three DLC packs that will be available on launch day (December 6, 2022).

TinyBuild also revealed that the Hello Neighbor 2 beta will be a completely standalone version of the game that won’t offer any spoilers for the full game. It will only feature a single simulation that will take place in a similar setting but without the story context.

Holy shit, the Hello Neighbor 2 beta is a miracle because it’s legitimately scary, fun, and graphically impressive. They BETTER don’t spoil the actual game because this beta is by far the best the series has given us

When announcing the release data and beta version of Hello Neighbor 2, TinyBuild mentioned: “Some gameplay elements such as breakable windows and boxes will be waiting for you in the full version. And did we mention the beta is spoiler-free? We’re saving all the biggest secrets for launch day, so be sure to dive in!”

So I finally beat the hello neighbor 2 beta and it’s a fucking great game pic.twitter.com/RISnF05m63

Beta players, alongside everyone else, will be able to experience the full horrifying story of the sequel in December when the game launches for everyone.

Hello Neighbor 2 is available in two basic versions – Standard and Deluxe, and prices for both editions are available below: 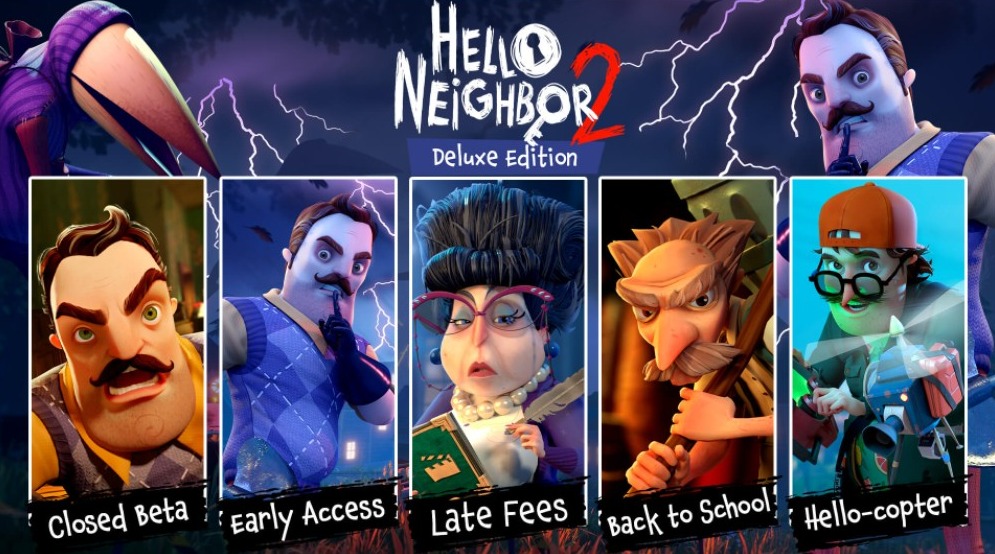 TinyBuild has also released merchandise for the upcoming game. You can purchase a Imbir Plush for $20, and a Set of 8 Hello Neighbor 2 pins for $65 from here.

What to expect from Hello Neighbor 2?

Hello Neighbor 2 will take you back to the strange town known as Raven Brooks. However, you won’t be trying to find a way down into your creepy neighbor’s basement to uncover his secrets. Instead, you’ll play a local reporter named Quentin who is suspicious of his creepy neighbor, Mr. Peterson.

The story continues from the prequel while also featuring some elements of the spinoff, where some people have gone missing, including Nicky Roth, the protagonist of Hello Neighbor, and there’s something very peculiar about Mr. Peterson. Everyone is afraid of him and there are rumors that children come into his house but never come back. 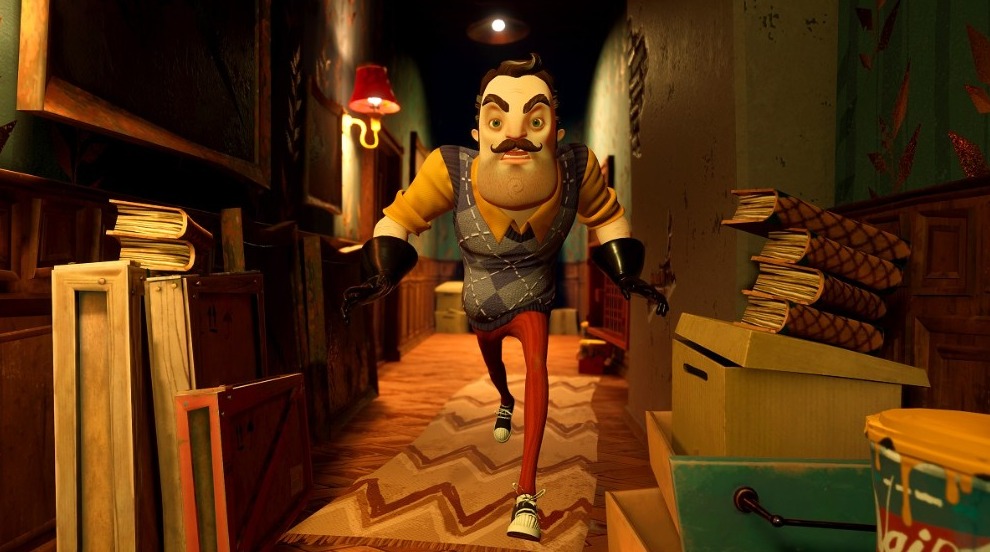 Some people also said that he liked to lock people up in his basement, however, no one has solid proof. There are also strange sounds coming from his basement. You get the feeling that Mr. Peterson might actually be the culprit behind all of this.

So you have to break into his house and find out the truth. You’ll need to meet a whole roster of familiar faces from the franchise to solve the confusing mystery and expose the reality. The game should feature an open-world concept.

Are you excited that the sequel to Hello Neighbor is finally coming? Let us know using the comment box.